Amy East is a research geologist part of the United States Geological Survey in Santa Cruz. She’s worked on numerous projects involving the removal of dams, including the Elwha Dam and the Glines Canyon Dam, as well as studying other marine geological hazards, such as dams, earthquakes, tsunamis, and landslides. She is passionate about the environment, and also enjoys backpacking and spending time outdoors.

Edwin Aoki is a vice president and Technology Fellow at PayPal, where he acts as the company’s Chief Architect. He leads the Strategic Architecture Team, tasked with defining the company’s long term technical roadmap and enabling the technologies that will allow the company to change the future of money.

Prior to joining PayPal in 2010, Edwin spent thirteen and a half years at Netscape and AOL as Technology Fellow and Chief Architect, overseeing architecture and technology strategy for many of AOL’s consumer facing products, including instant messaging, mail, mobile, enterprise and developer programs. Edwin’s earlier roles include positions with Intuit, GO Corporation, and Apple Computer.

Edwin is a published author and makes his home in California, where he enjoys the Bay Area’s abundance of good food, great wine, and opportunities to enjoy the natural world. When he’s not at work, Edwin is involved with wildlife conservation and likes to spend time with big cats.

Shireen Jaffer is the founder at Skillify and a graduate of the USC Marshall Business School.  Shireen is passionate about helping students understand their value and teaching them how to find their success in their own ways.  She resides in Northern California and works with educators across the state to ensure that schools are equipping students with the relevant skills needed for them to thrive long-term, inside and outside of the academic environment.

Jennifer Marshall, co-founder and executive director of This is My Brave, is committed to ending the stigma surrounding mental illness. After being diagnosed with Type 1 Bipolar Disorder in 2006, she turned to writing as a way of healing, and her award-winning blog BipolarMomLife was born. Her organization has created a platform, which includes the This is My Brave YouTube Channel, for other people living with mental illness to share their stories and inspire others. Marshall’s ground-breaking approach is beginning to change the discussion and perception of mental illness. 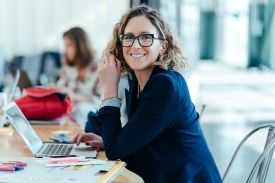 In 2007, after a freak accident, medical experts informed Kimberley Chambers that she had a 1% chance of walking unassisted again, but she knew she had to prove all the doctors and surgeons wrong. Nominated for New Zealand’s preeminent sports award, the Halberg Sportswoman of the Year in 2015, Kim has now completed open-water swims of extraordinary lengths, becoming the third woman, sixth person, and first New Zealander to ever finish the Oceans Seven, seven challenging and risky swims around the world. For the past two consecutive years, Kimberley has been nominated for the World Open Water Swimming Association Woman of the Year Award. On August 8th 2015, Kimberley set a new world record becoming the 1st woman ever to swim from the Farallon Islands to the Golden Gate Bridge, San Francisco, a 30-mile swim that took 17 hours.

Suzannah Scully is an executive coach who guides thought leaders to achieve their vision and potential. She received her B.A. in Sociology from UCLA and her C.P.C.C. from The Coaches Training Institute and has a background working for large organizations such as Gap, Williams-Sonoma, and The Wine Group. She is a host of the popular podcast Cosmos In You, and she currently coaches executives at companies such as Apple, Sephora and Airbnb to develop their creative, leadership and communication skills.

As the leader of the Center for the Future of Teaching and Learning at WestEd, Tracy brings a wealth of experience identifying, describing, and researching innovative education practices and trends and connecting researchers, practitioners, and policy makers. She has researched trends in college and career readiness, high school reform, digitally enhanced education, and Common Core standards for organizations such as Google, the Gates Foundation, the Institute of Education Sciences, and the CORE districts in California.  Previously, Huebner worked at the Harvard Children’s Initiative as a lecturer and researcher on complex evaluations for school-based programs. Huebner received an MA and PhD in education from Stanford University and completed postdoctoral work at Harvard University as a Spencer Fellow in Education.

Meet the 2023 TEDx speaker curation team! This team is in charge of finding our speakers and are at the heart of this event! (From left to right: Anya Siu ‘25, Lexi Blond ‘23, Grace Ge ‘25, Lorenza Marquad ‘24)
Meet our TEDx coheads Michiko (left) and Christina (right)! They are leading our TEDx team to bring to you an amazing TEDx Santa Catalina event.
Get excited because our TEDx event is in☝️day!!! See you tomorrow!
Get excited! Only ✌️ days until our TEDx event, ‘Generation Next’! See you on Thursday at 1:35p.m.
Only 3 more days until out 2022 TEDx event! We are so excited to see you there!
There are officially 🖐 more days until our virtual TEDx event! Get excited!